The following is a somewhat random (but nearly sequential) gathering of reflections from the John Dewey Kitchen Institute that I attended at the University of Vermont in June of 2017.

The Experience of Being a Student: The First Day of School

I woke up this morning with the same eager anticipation that I experienced for the first day of school every year through elementary school. I realized that this is one of the first times in as long as I can remember, that I am simply acting as a student – not a host, presenter, organizer, anything. I planned my day with plenty of time to pick up a large coffee and brand new notebook and even a new pen (an unnecessary expense, but important for such an occasion). While these morning errands were masked in excitement, I realized they were actually anxiety in disguise – nervous that I would be tired in class or appear to be unprepared without a notebook and pen. Those feelings were compounded when I made a few wrong turns looking for visitor parking and was *almost* late to class. For the record, I walked in at 12:59 for a 1:00 class. I met another “student” before walking in (a conversation started over the need for a pen, coincidentally) and one of the instructors introduced themselves to me immediately upon me entering the door. I felt comfortable within moments, starting to understand my place in this new group.

A Take on the Herb Sensory Experience

When I walked in the door to the classroom, all of the students were already actively engaged in an activity. The instructions to me were something along the lines of “observe and identify” – an activity I’ve done and seen done plenty of times with kids and adults alike. The experience of it this day and the following discussion led to some new, deeper reflections of it however.

One of the participants that is a Director of a Culinary School, mentioned that many culinary programs boast that they are “experiential” which translates directly to “hands-on” which simply means that they use their hands but made the distinction that “inquiry-based” goes much further. I have fallen into the habit of using these somewhat jargon-y education words always paired or sometimes interchangeably without actually giving credit to the distinct difference in mindset. While they both lead to meaningful student engagement, the parts of the mind they activate seem very different. In an effort to take a stab at how they are defined to me:

At some point in the conversation, an instructor stated that her goal for students was for them

to learn how to ask questions well, to cultivate students’ capacity to be curious.

It is in stark contrast to the education system that demands the correct answer on standardized tests as a measure of success but should ultimately be the goal of an education.  When students are searching for more questions, rather than the right answers, the teacher can become a mere facilitator of the experience rather than the giver of knowledge expecting the student to be prepared to receive.

The Experience of Being a Student: In the Kitchen

The Role of Comfort and Discomfort in Learning

I do not have the answer here. But a theme that I’ve been reflecting on in my own experience of being a learner has been the role of comfort or discomfort – which sometimes correlates to familiar and unfamiliar. It often correlates with the potential of a soft failure (where I can learn, adjust, and continue) and the potential for a hard failure (where a hard stop would follow).

It is a fascinating time in American history to discuss the culture of food. We are in this time in which the food we eat now is totally different than what our parents ate, which is also totally different than what their parents ate. Therefore, the authority in what to eat is not the generations before us (as is typical in many other cultures). Rather, we rely on scientists, journalists, and food marketers to help us decide what to eat amongst the quite literally millions of options in any given American grocery store. This creates quite some confusion. One of the participants in our class may have stated it best, that many simply eat not to be hungry – which is a perception of those struggling with eating disorders and obesity and everyone in between).

Another interesting aspect of eating in this time, is that I often find that people define themselves by what they don’t eat – rather, of course, than what they do eat for nourishment or enjoyment.

Maybe not related but it was stated in class that food can be both inviting and alienating. I thought that was fascinating and something I hadn’t considered before. It will need to roll around in my mind a bit more before I can articulate a reflection on the statement. It does conjure up the idea of  the amount of judgement that we tend to have around food – that there may be a level of embarrassment around what you or your family eats based on a certain standard (that without a doubt, changes from person to person or situation to situation, a target that’s impossible to hit with certainty). We can potentially all agree that we want to be healthy but how we define that varies wildly across our culture – potentially alienating those that don’t fit in with a given group’s standards.

The Differences in Teaching Adults and Children About Eating

Teaching both children and adults brings to light the incredible influence that past experiences have on education of any kind. I have found that for children, in many cases they are experiencing specific foods for the very first time – which brings it own set of challenges but is also a “blank slate” to build on. The greater challenge, I’ve found, is in teaching adults who have fed themselves in their way for many years – they know what they like, what they don’t like, and how they do things. The learning process looks very different when we take into account the deeply-rooted (and likely varied) prior knowledge and experience. As a teacher, I see the role then as fully acknowledging all background knowledge before presenting the new process or information – always in the context that it is not necessarily the “right” way but in this instance, it will be the way that we try for this new shared experience together.

A Few Takes on the Comparative Taste Test

A Take on Working with a Recipe

In many of the advanced classes I teach, we do work with general recipes that leave a lot of room for creativity and we work with general timelines that presumably bring all of the dishes to completion around the same time. The experience of working through a recipe with a group today approached this very differently though. 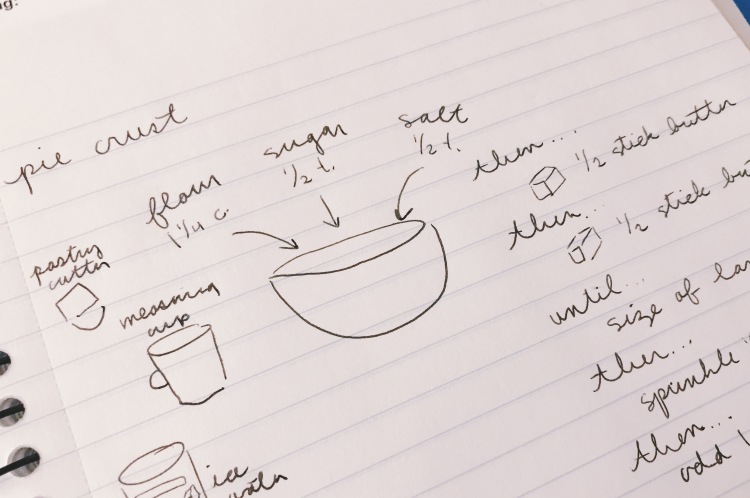 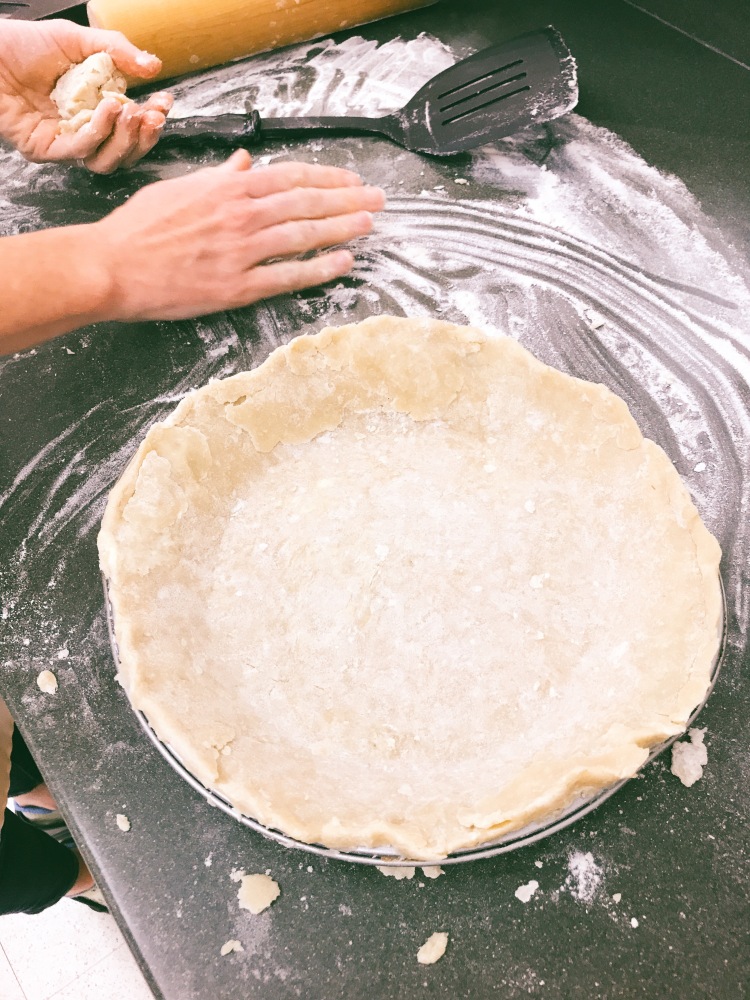 These varied thoughts are only a sampling of the internal dialogue that was brought about by the thought-provoking activities and conversation that this Institute offered. I hope to continue to synthesize these thoughts into action in their various applications throughout my work.